After judging 85 applicants and interviewing 5 finalists/teams, we are pleased to announce that we’ve decided to award two artists with commissions for our Community Art Program. The budget has been doubled so that both artists will have equal/as advertised ability to implement their visions for the space, and have a meaningful experience with two local schools through a residency program.

So, why did we choose two artists? Our decision was driven by the desire to meet what we perceived as needs expressed by the community and schools while also taking the inaugural pilot project and extending it through one additional, contiguous season. An ongoing, revolving model has been considered from the very beginning, and this allows us to turn that into a reality. This also doubles the time and experience between students and artist, and we are excited to see the results of such a meaningful collaboration.

Janel Young of Pittsburgh, PA, will begin immediately on her residency with the schools and continue to the design and installation phase in May/June. Lori Hepner, also of Pittsburgh, PA, will begin her residency in the Fall of 2021, with plans to install her artwork over the late Fall/Winter season. Her work will also be on display for 6 months. While these two artists are very different in style and pursuit, they both share the same professionalism and love of community. Read more on each artist below.

We’d like to thank all of the artists that applied to the program, the two awarded artists, the selection committee members, Larimer Consensus Group, the staff of Lincoln PreK-5 and Urban Academy of Greater Pittsburgh, and our fearless leader, Morton Brown, for their willingness to participate in this program.

Janel Young is a Pittsburgh-raised artist who further developed her work in New York City over the course of five years, focusing on murals, abstract, and landscape works. Her style contains blending, bright colors, and geometric inspiration. She found a love for painting after being selected as part of a mural painting team in seventh grade and later completed an International Baccalaureate art program in 2009. She moved to New York in 2013 after graduating from Penn State University (B.S. Marketing and International Studies) and held onto art for self-therapy, expression, and activism. Young returned to her hometown in 2019 after transitioning into her full-time artist practice to complete Pittsburgh’s first art basketball court: The Home Court Advantage Project.

Janel’s artwork has been recognized locally and internationally, including being awarded a proclamation by the City of Pittsburgh, within AfroPunk.com, The Apollo Theatre, Ebony Magazine, at the 2020 U.S. Open Tennis Tournament, Verizon Media, Yahoo.com, the Carnegie Library of Pittsburgh, and RAW Artists shows in New York City and Sydney, Australia.

Lori Hepner is a Pittsburgh-based new media artist working primarily in new media performance, fine art photography, and community-centered public art projects. She has spent considerable time over the last five years in community-centered artist residencies in two Pittsburgh neighborhoods, in a small Arctic Community in coastal Norway, as well as residencies in Finland, Iceland, and the Canadian Yukon. Lori was featured in the WQED documentary, Visible, featuring five female artists from Pittsburgh, in Spring 2018. A collaboration with singer Kendra Ross has manifested itself into live performances as Hepner & Ross in Intersection*ology, which has been awarded grants by the Heinz Endowments, the 2018 Carnegie International, and The Opportunity Fund. They have performed in Durban, South Africa, Richmond, Virginia, San Antonio, Texas, and Pittsburgh. Lori’s personal photographic work has been featured in Time Magazine, Wired, and Next Level Magazine and has been exhibited at the Houston Center for Photography, Carnegie Museum of Art, the Brooklyn Museum, in photo festivals in the Netherlands, China, & Spain. One of her Twitter portraits from Status Symbols, as well as her performative photographs from #Crowdsourced Landscapes project, will be sent to live on the moon in 2021 in the mini-museum that is the MoonArk.

Hepner holds an MFA in Digital Media from Rhode Island School of Design and a BFA in Fine Art Photography from Rochester Institute of Technology. She is a Professor of Integrative Arts at Penn State University’s Greater Allegheny campus. 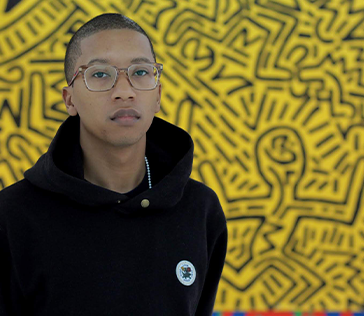 Have a seat in the courtyard, enjoy light refreshments and kick off your Sunday morning with some art! 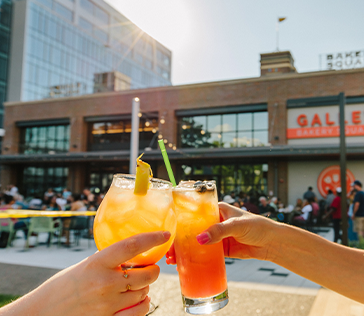