Following a call for artists that resulted in nearly 85 applicants across the nation and globe, Pittsburgher and nationally renowned Young was chosen to work with elementary students from Lincoln K-5 and the Urban Academy of Greater Pittsburgh. Together, they held workshops that informed the design and inspired students’ creativity, hopes and dreams.

“About three years ago we began working more closely with the Larimer community.  We’ve had honest, difficult conversations about connectivity and equity. Today was truly a historic day for us as we see the fruits of this work inspire community togetherness during these difficult times. To think that this public art installation will soon be viewed by the nearly 4,000 workers and shoppers that visit Bakery Square on a given weekday is truly humbling,” said Walnut Capital’s president and cofounder Todd Reidbord.

Called ‘Heroes on the Horizon’, two brightly colored 10×18 panels adorn the four new restaurants at the new Galley at Bakery Square, revealing students’ interpretation of how they envision community togetherness amid race, cultural and public health tensions. The public art initiative was a direct result of Walnut Capital’s work with the Larimer Consensus Group, which seeks to increase two-way connections between the Larimer’s residential area and the 20-acre Bakery Square campus.

“Today’s world is complicated. The issues we face in our community are messy and loaded with emotion,” said Donna Jackson, Board of Directors Chair of the Larimer Consensus Group. “There is no easy path forward, but there is a path forward. Walnut Capital is working with the community to do their part to build connections. While we have much more work to do together, it’s the right time to celebrate this beautiful work that has inspired our local children and will make Bakery Square more inviting for Larimer residents.”

Young’s artwork, composed of over a dozen large alumalite panels, acrylic paint, vinyl printing, and LED lighting includes an interactive component that asks passersby to give their take on what superpowers they, too, have that can change the world? The imagery shown in the artwork depicts the text “one community” on the left panel, and an anonymous superhero figure on the right.  Young asked the students to name what parts of their community are important to them. She then asked them to name their own superpowers, and how they would protect their community with those powers, if they could.

“The community hero holds a light – holding the places, spaces and things that are loved, appreciated, adored in the community,” said Young. “Looking to the horizon,  representing hope, positivity and a path forward. The cape is the primary focus.  It directly expresses what the kids in the community believe will change their world and ways they see themselves contributing. My signature tribal symbols equate to themes of community and togetherness.”

Young and her students in residence also called on the community and passersby to interact with the mural by sharing their community-protecting superpowers. Participants may scan the QR code next to the artwork with a smartphone to engage.

“I think all artists strive to create connections and stimulate a dialogue with their viewers.  We may walk away from seeing art feeling vulnerable, or even exposed,” said artist and event planner Susie Perelman, who helped to lead the initiative. “But we can also feel empowered to make changes. The dialogue created by art is vital to thriving and engaged communities.  And for these reasons, we always knew that art would play a vital role at Bakery Square.”

After judging 85 applicants (60 local to Pittsburgh/PA, 24 from other US states, and 1 from a country abroad), and interviewing 5 finalists/teams, the selection committee and Walnut Capital/Bakery Square decided to award two artists equal commissions for this project. The budget has been doubled, so that both artists will have equal/as advertised ability to implement their visions for the space, and have a meaningful experience with two schools through a residency program. This decision was driven from a desire to meet what we perceived as needs expressed from the community and schools, while also taking the inaugural pilot project and extending it through one additional, contiguous season– a move that will realize the ongoing, revolving model that was being considered from the very concept of the project.

Janel Young is a Pittsburgh-raised artist who further developed her work in New York City over the course of five years, focusing on murals, abstract, and landscape works. Her style contains blending, bright colors and geometric inspiration. She found a love for painting after being selected as part of a mural painting team in seventh grade, and later completed an International Baccalaureate art program in 2009. She moved to New York in 2013 after graduating from Penn State University (B.S. Marketing and International Studies) and held onto art for self-therapy, expression and activism. Young returned to her hometown in 2019 after transitioning into her full-time artist practice to complete Pittsburgh’s first art basketball court: The Home Court Advantage Project. Janel’s artwork has been recognized locally and internationally, including being awarded a proclamation by the City of Pittsburgh, within AfroPunk.com, The Apollo Theatre, Ebony Magazine, at the 2020 U.S. Open Tennis Tournament, Verizon Media, Yahoo.com, the Carnegie Library of Pittsburgh and RAW Artists shows in New York City and Sydney, Australia. (www.janel-young.com) 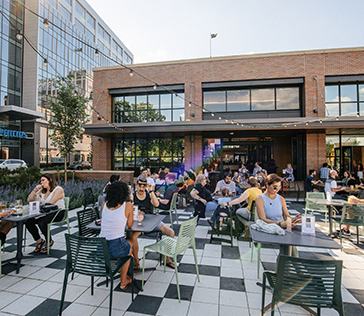 We're cooking up something special... special events that is! See what's going on in the square!

Who is Walnut Capital? 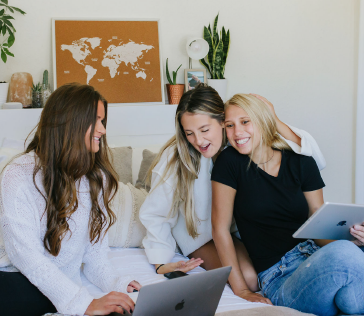 Walnut Capital is proud to be one of Pittsburgh's best known and fastest growing real estate development, residential and commercial property management companies.